Get over the distractions the classical music way 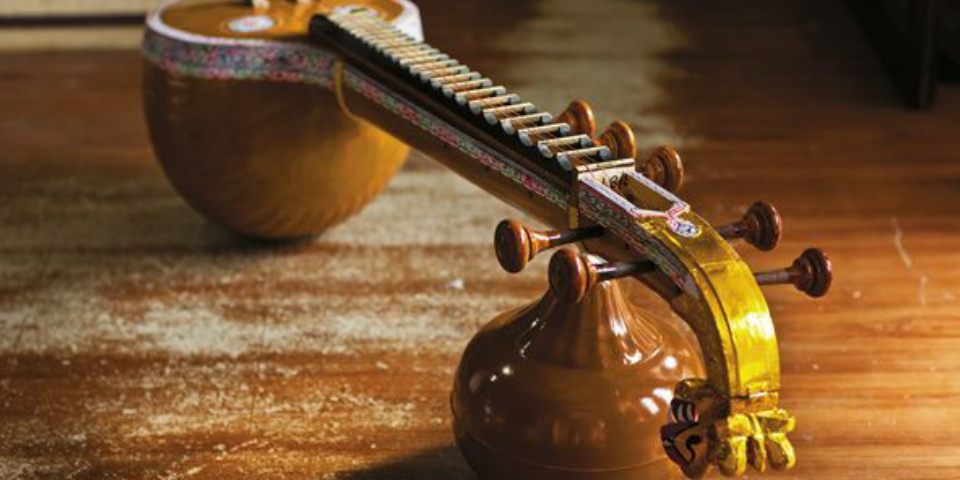 Western classical music has the harp and cello as soft musical instruments playing random chords and pitches. Long before the Indian culture was recognized worldwide, there existed huge epics in which this musical instrument was portrayed to be played by the Goddess of learning, Sarasvati.

The Veena is basically a string instrument with a huge resonating base for producing the echoes and vibrations that is comparable to nothing else. There are Veenas with moveable frets as well as fixed frets depending on the designer and the musician. It is very rare to bump into a Veena in the northern parts of India, while it is predominant in southern India due to its ineluctable presence in Carnatic music.

Playing the Veena is a systematic process, with utmost care and respect to the instrument as well as the musician considering the ergonomics as well. Veena rests on the thighs of the player, played with curved up left hand on the fret, and right palm over the top plank so that index and middle fingers could pluck the main four strings. The pinky finger is used to play the three drone strings.

Know More About : Indian Musicians In The Global Stage

Stood through the thick and thin of time, the Veena has taken few material “upgrades” and instrumental “updates” over the centuries. It is said that the earliest documentation of the Veena goes to somewhere near 1500 BC. The frets got fixed into twenty-four segments over the moveable frets from the past, in the 17th Century AD under king Raghunath Nayak of Tamil Nadu. As a tribute, it is still revered as Raghunatha Veena. It was during this time that the Thanjavur region became an important centre of religion, art, and architecture.

A single log of wood is used to carve out the resonator, which narrows down to one point, four feet in length, embellished by twenty four ornamental frets that shine through the music they help produce. Tuning box is at one end, designed with different mythical symbols, such as dragon heads.