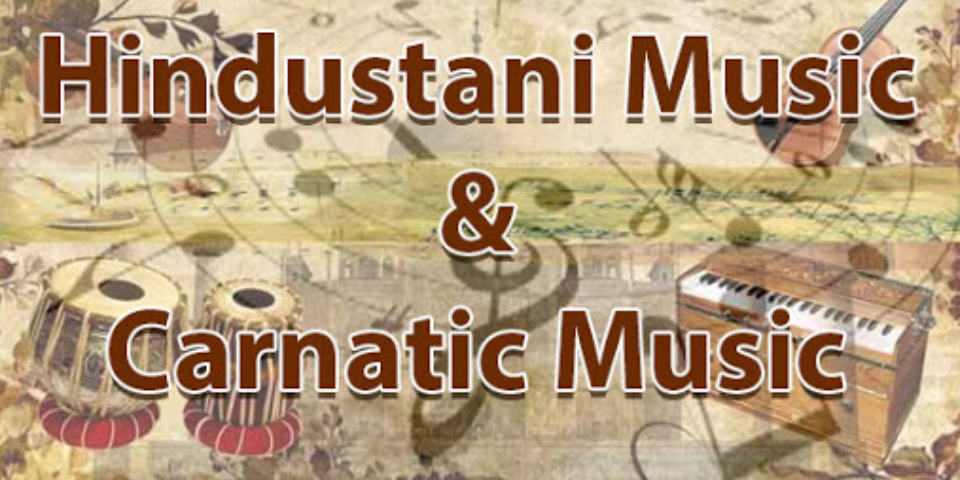 India is a land of diverse tradition and culture. With its variety of cuisines, costumes, lifestyle, interests, and tastes, India is abound in everything. Similarly, Indian music also has varieties to provide the best of the musical experience. Classical music, folk music, Indian rock, Indian pop and filmi music are some of those varieties. All forms of Indian music are listed under two broad categories: Carnatic music and Hindustani music. Melody, harmony, tempo, meter, articulation, softness and loudness are the elements of music which show the difference between the two.

Know More About : Classical Music – A Study Partner For Relaxation

Purandar Das founded Carnatic Music. Shyama Shastri, Muthuswami Dikshitar, and Tyagaraja are the triratnas, who took Carnatic music to a greater level, who lived during the period from 1700 to 1850 CE. Swati Tirunal, Kshetra Rajan, and Subramaniya Bharathi are the other three exponents of Carnatic music. While playing instruments associated with Carnatic music, the style Laya is given much importance. Semmangudi, Gangubai Hangal, Mallikarjun Mansur, Ramanuja Iyengar, M.S. Subbulakshmi, and Shrinivas Ayyar are some of the famous musicians who practiced this style of music. This style is popular in Karnataka, Tamil Nadu, Andhra Pradesh, and Telangana, the South Indian states.